Return To All Articles

When organizations first began the process of performance evaluations or appraisals, the feedback typically flows from the top-down and ends there. Supervisors provide feedback to their direct reports, often times individual contributors. This leaves a lot to be desired, not only is the expectation that the supervisor has a thorough grasp on the work that the subordinate does (and remembers it), but the supervisor is also left unchecked for how the working relationship is going from the viewpoint of the subordinate. The aforementioned type of feedback is typically referred to as “downward feedback” because the conversation stems from the top and flows downward.

While seeing the shortcomings of downward feedback, 360-degree feedback was introduced. This type of feedback focuses on a conversation that comes from all different angles about the person that is being evaluated. For every position in the organization, the person being reviewed could have subordinates, a boss, and peers. In a 360-degree review, that person would be reviewed by all three of those groups as well as filling out a self-review.

There are a few reasons why this type of process is advantageous.

Oftentimes, someone in a supervisory role has more than one direct report. Keeping tabs on all direct reports and their accomplishments, both big and small, for a six month period before a performance review is challenging. Oftentimes when it comes to reviews, the person’s most recent performance is rated most heavily because that’s what the supervisor can remember. Creating a system where only the supervisor relays feedback also puts a lot of pressure on the manager to know all the little details about what their direct reports are doing on a daily basis. While they should know the overarching projects their direct reports are working on, staying away from micromanaging to get all the details is generally regarded as a good thing. That means, knowing about all the little victories that a direct report has is not always possible. Getting others involved in the feedback process, especially when it comes to performance reviews, is critical in getting a clearer picture of an employee’s contribution as well as for the growth of that employee.

Top talent, while already very successful in their jobs, want more critical feedback to continue improving. Introducing a 360-degree review process can help achieve this. Ultimately, more individuals working together to provide detailed feedback for another employee means that your top talent is getting the feedback he/she craves. Additionally, the 360-degree review process allows for the individual to also provide a self-review which challenges the employee to be critical of themselves and also self-aware. This is a good exercise for everyone, but an especially important one for top talent. Ultimately this whole process leaves top talent feeling engaged and motivated to get better, which is something that can help with overall retention rate of these top-performing individuals.

While a peer should not and does not have any control whether or not an employee is let go, giving them the ability to have a dialogue about how another employee’s performance or work behaviors directly impact their own work is very helpful in improving relationships. Oftentimes, peers back off of critical feedback, even sometimes positive feedback, because they feel that it is not their place. By giving employees the opportunity to open up with their peers about what works really well, and what can be improved, there is an increase in accountability for work behavior and performance - but also an increased level of trust between co-workers. The ability to be candid and to hash out problems is not only a highly sought after skill but working relationships have seen noticeable improvements after the introduction of the 360-degree review process. Even just the knowledge that a peer will have the opportunity to speak out about an employee’s behavior within the team is enough for the self-aware employee to ultimately behave as a better teammate and without sounding cliche “do unto others as they would like to have done unto them.” 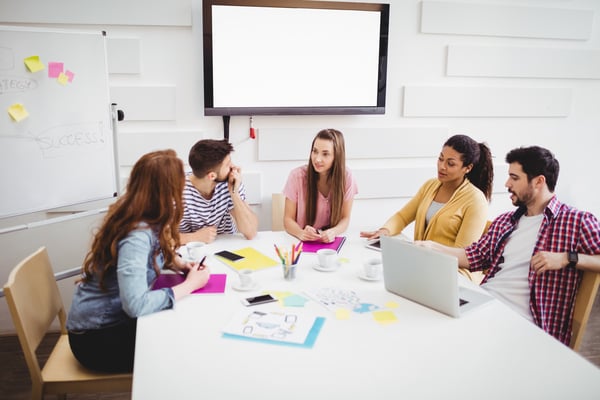 These are just three benefits of introducing a 360-degree review process to your organization. There are so many that have not been discussed. It is important to remember that honest and reliable feedback is at the heart of a 360-degree review. Teaching those that are giving reviews the proper way to think about behavior and performance as it relates to the person that is being reviewed is important. Examine biases and determine whether or not someone is a good fit for administering a review to have the best results. Encourage honesty and transparency, as the feedback that is left in the dark will never be viewed and therefore will not be improved upon. 360-degree reviews are a great opportunity for the organization as a whole to get involved in making the workplace better and improve performance - taking these measures seriously can impact the bottom line of a company and help individuals feel validated in their efforts and come away with a clear path on how to continue improving.

Join the thousands already experiencing the benefits of the VAIRKKO Platform. Request a product demonstration to see for yourself what our cloud solutions can do for you.